I got some stuff in the mail.

So a lot of things that i have order in Dec are starting to come on in from China and Japan. So the first box to come in was one from China the company is E2046 they sell resin kits of all sort the one that i fell for this time was a Robotech SD mech and also some clips to hold all the parts. I took some more expensive clips was about 20-30kr more for me so i feel it was for the better. 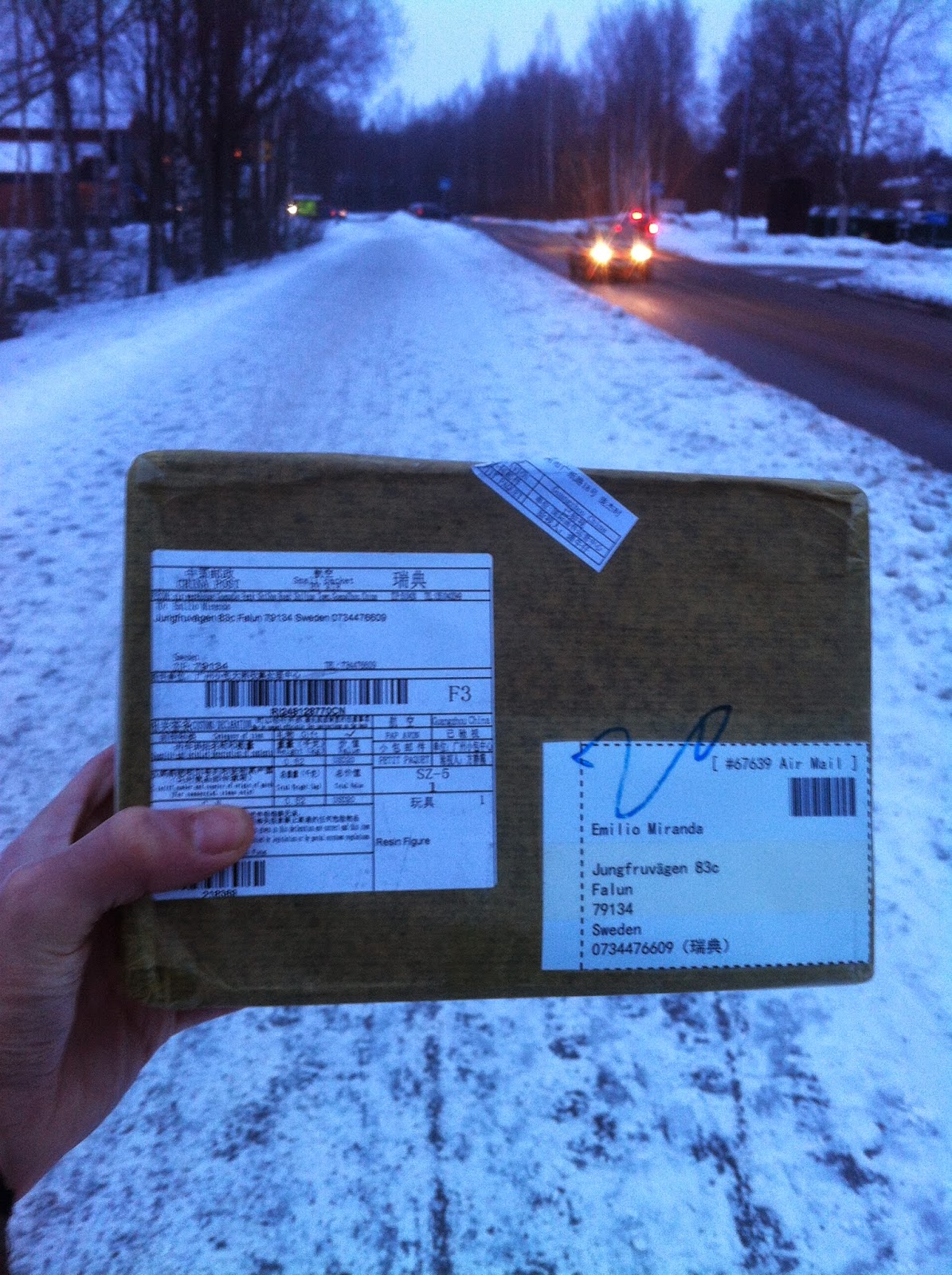 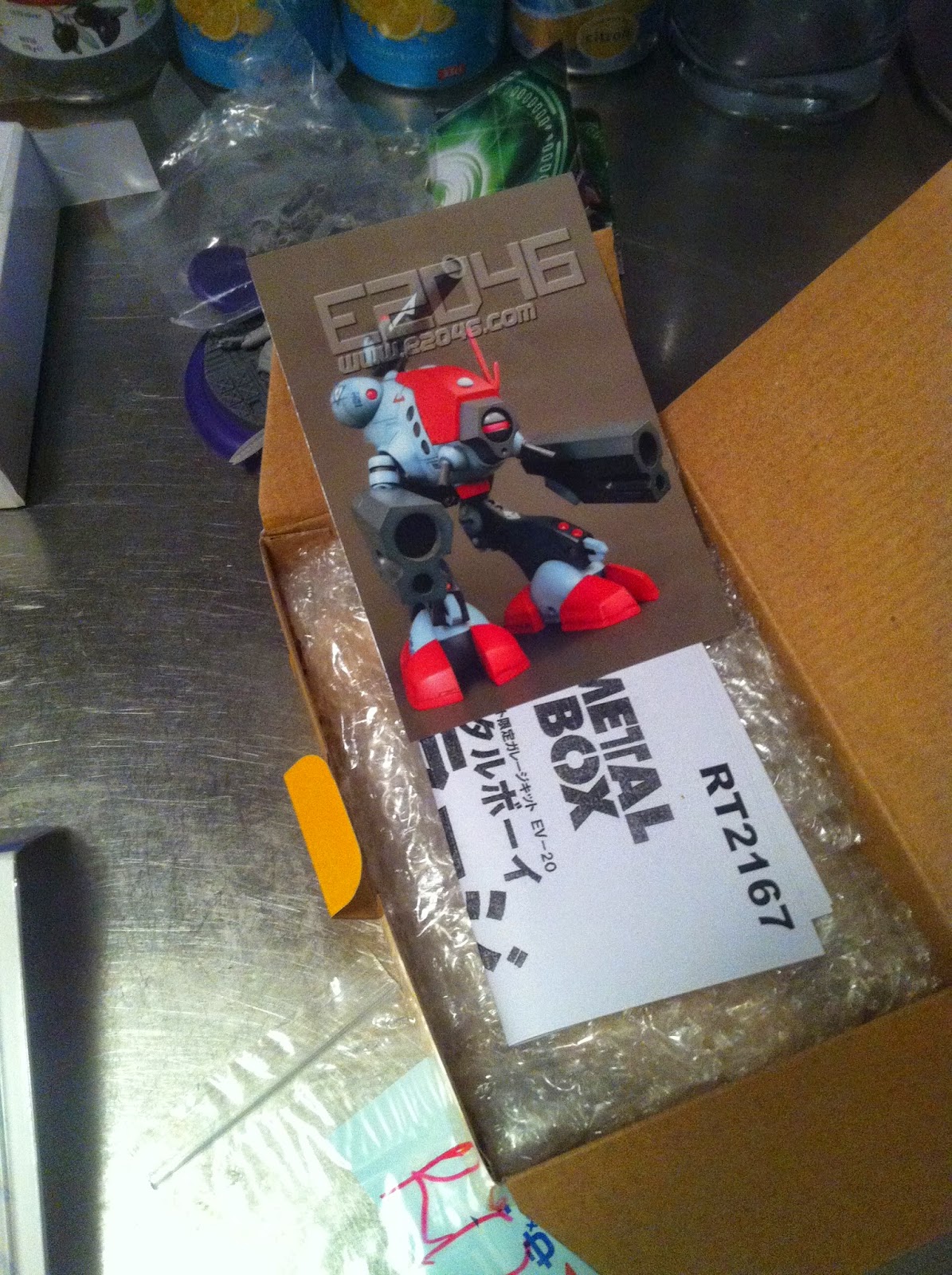 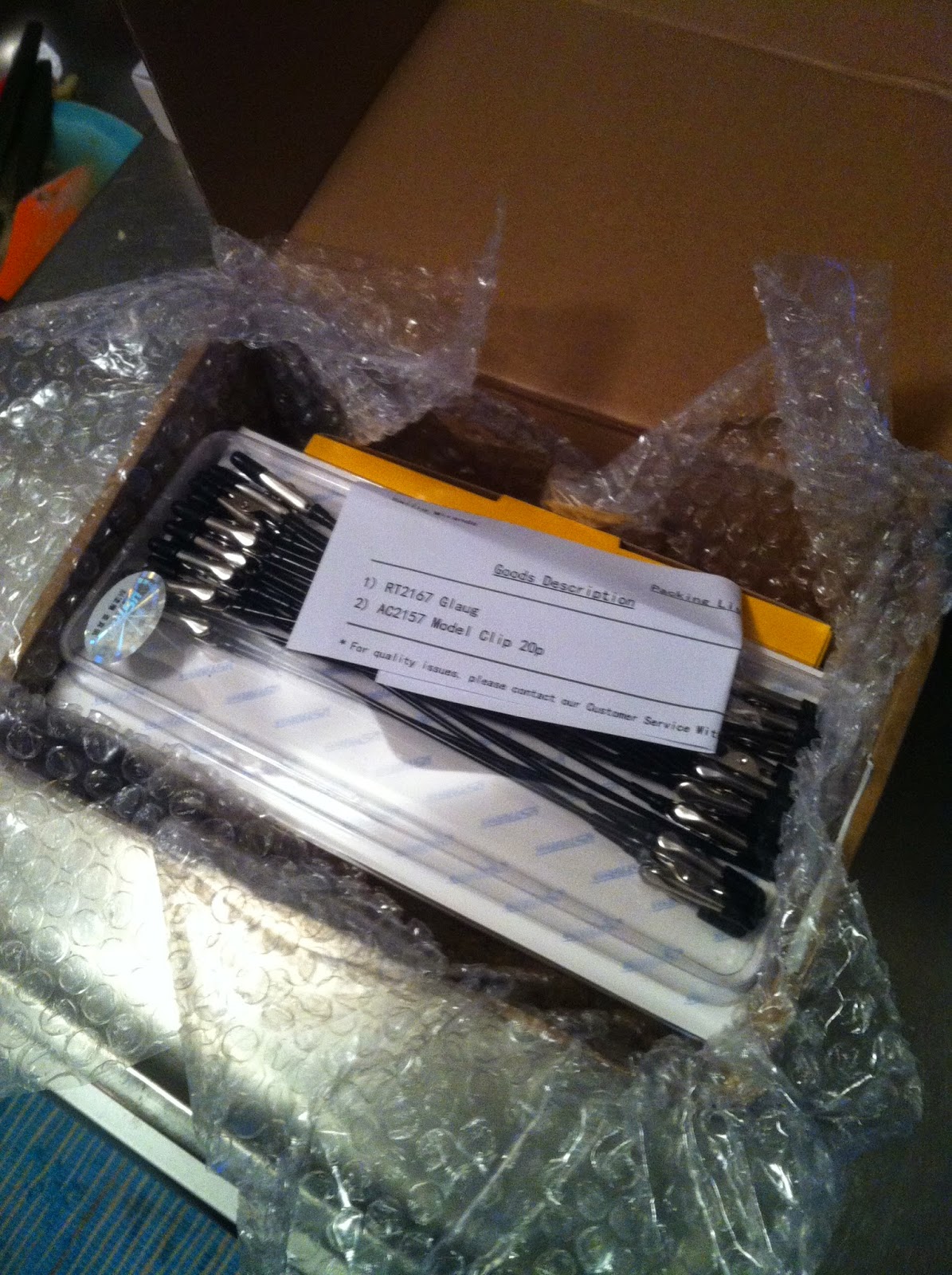 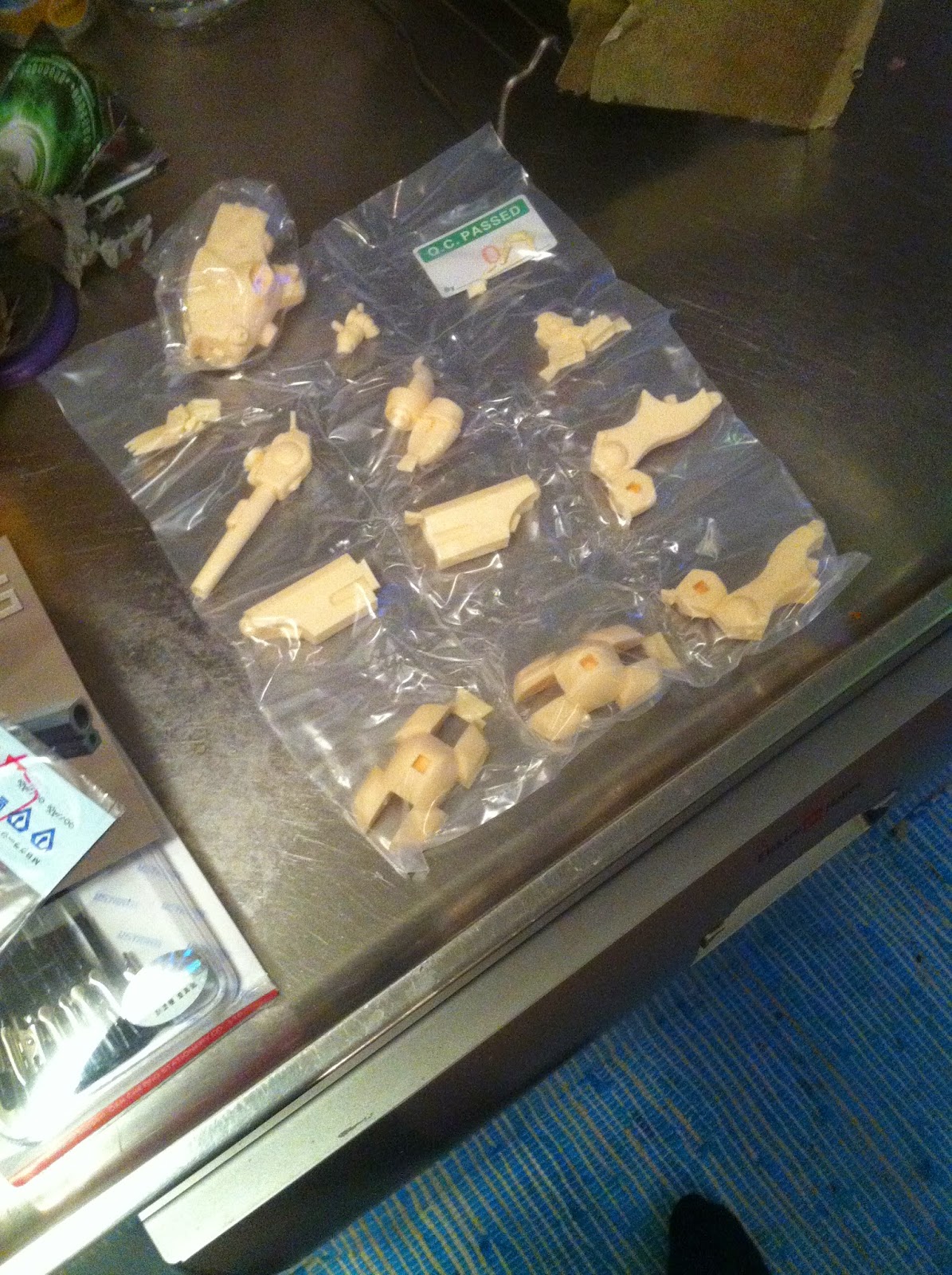 The next box to come in the mail one day later was a bit bigger box from Hobby Link Japan now that is a online store that will more or less kill your wallet that have so many things there. I have said to my self now that i need to build and paint all the stuff i get now before i can order any more. I don´t want to have a big backlog that is just a pain in the ass. Any ho, the kit that im looking the most forword to build and paint is the Crab Pod this is just a random kit that has no manga or anime to it. It is just a crab industry looking mech and i love it. I plan on doing some sort of space rock diorama whit it but im still working on how it will look. I will try the paint scheme on my NZ-666 Repair.

I also got some other mechs in there the next box i get from HLJ will be gundam lots of them to!! that is way i have a order stop now. I have plenty of kits to work on this year out and im looking forword to it as well. I plan on trying to have some sort of display in the end of the year so my goal is to get at least 15-20 kits done by then. I know that is a lot but you need to aim high some times. 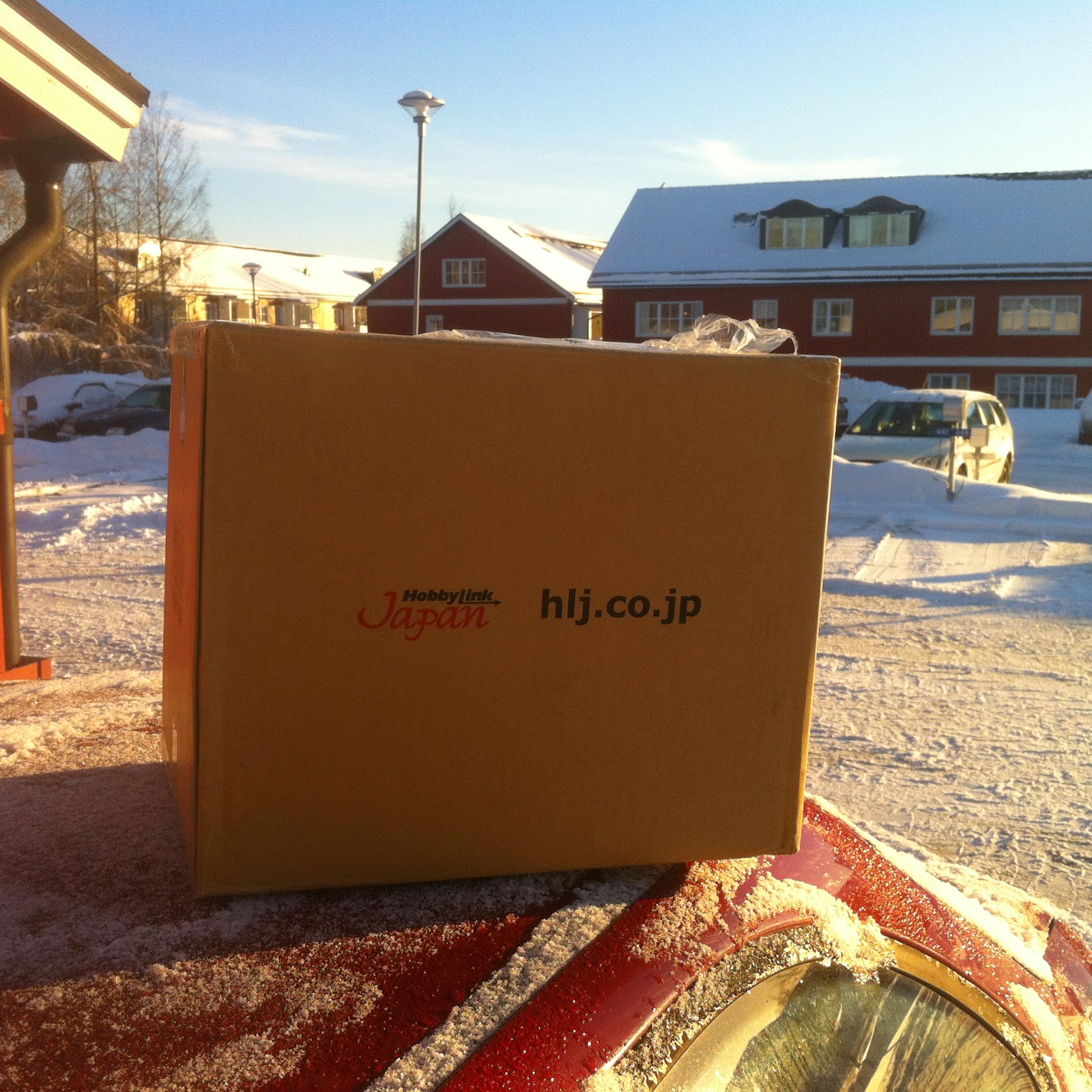 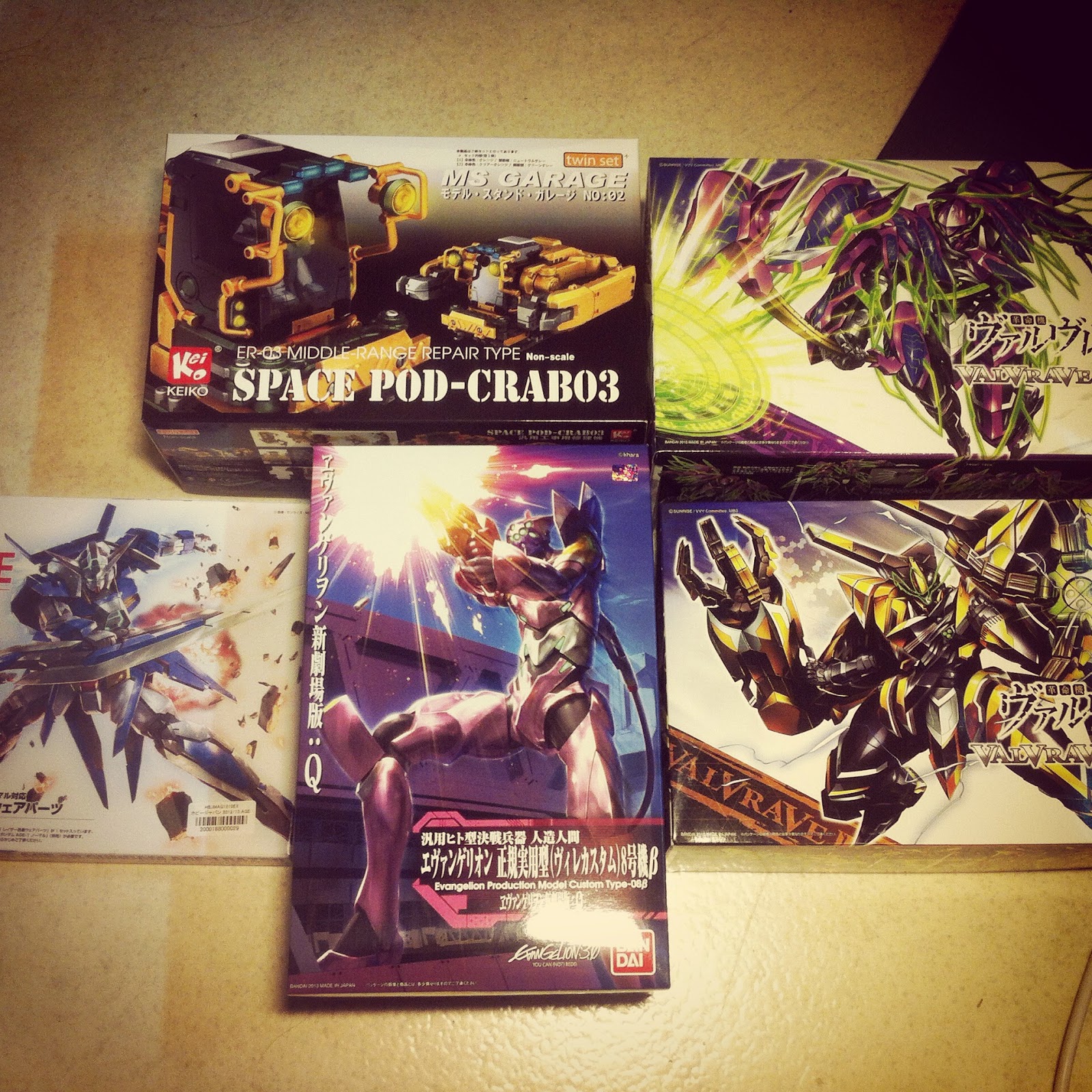 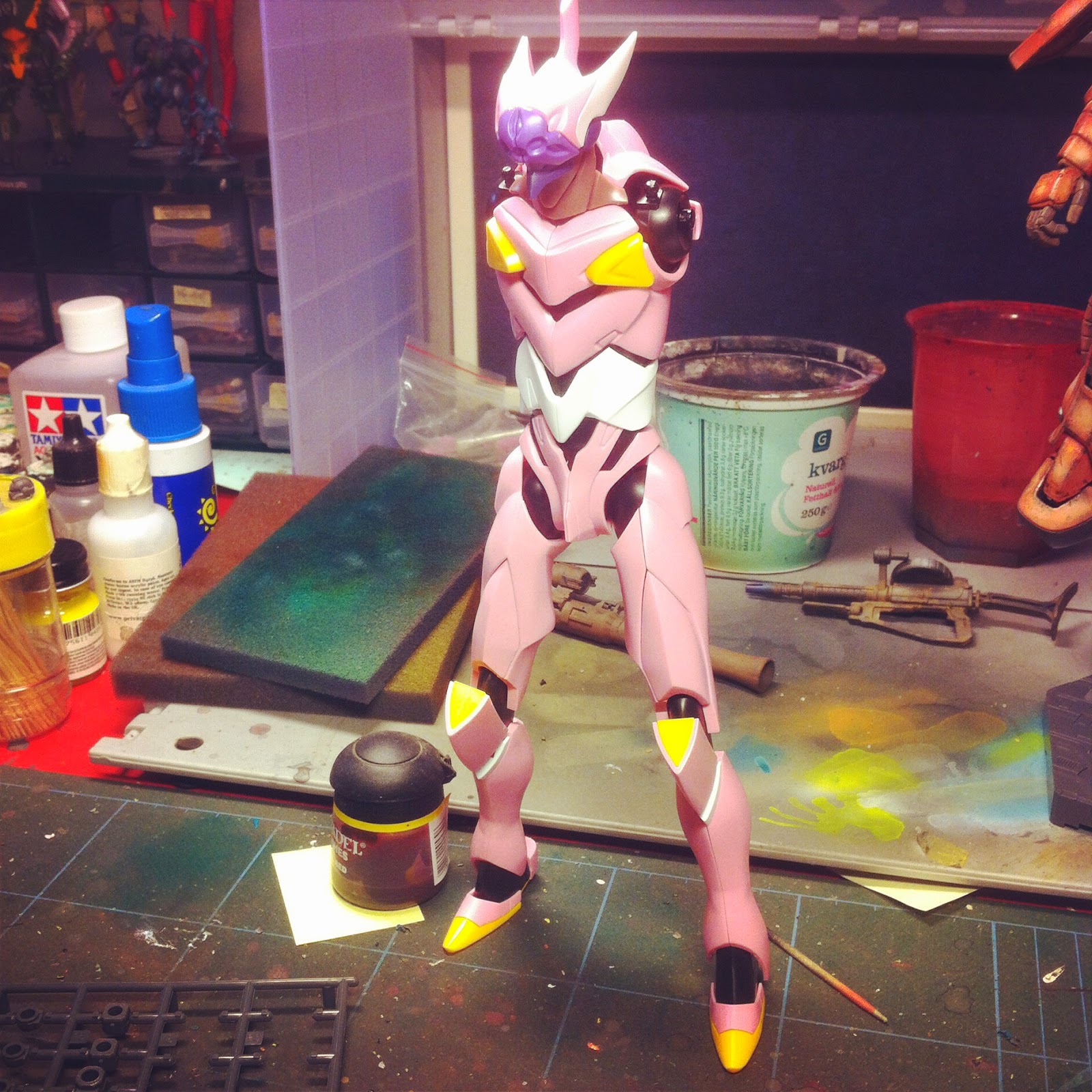 My plan here was to do a fast build just to build up some motivation. when my wife came home she said" You are an idiot if you dont paint this model, you have some many cool colours and you can pull that off" My reaction was "wtf?!?!" so now i have to paint it what was going to take me some houser is not going to take me some weeks to do haha.

And the last box to come in is from a store on Aliexpress.com i have been looking for this mech AXG-04 i have it as a backorder over at HLP but they dont know when it will be back in stock. So i feelt i can try out knock of company that made it. I think i will do a custom paint job on it but still not 100% sure i like the red. but im not that good at painting red and i will have to many mechs in red and i don´t like that. 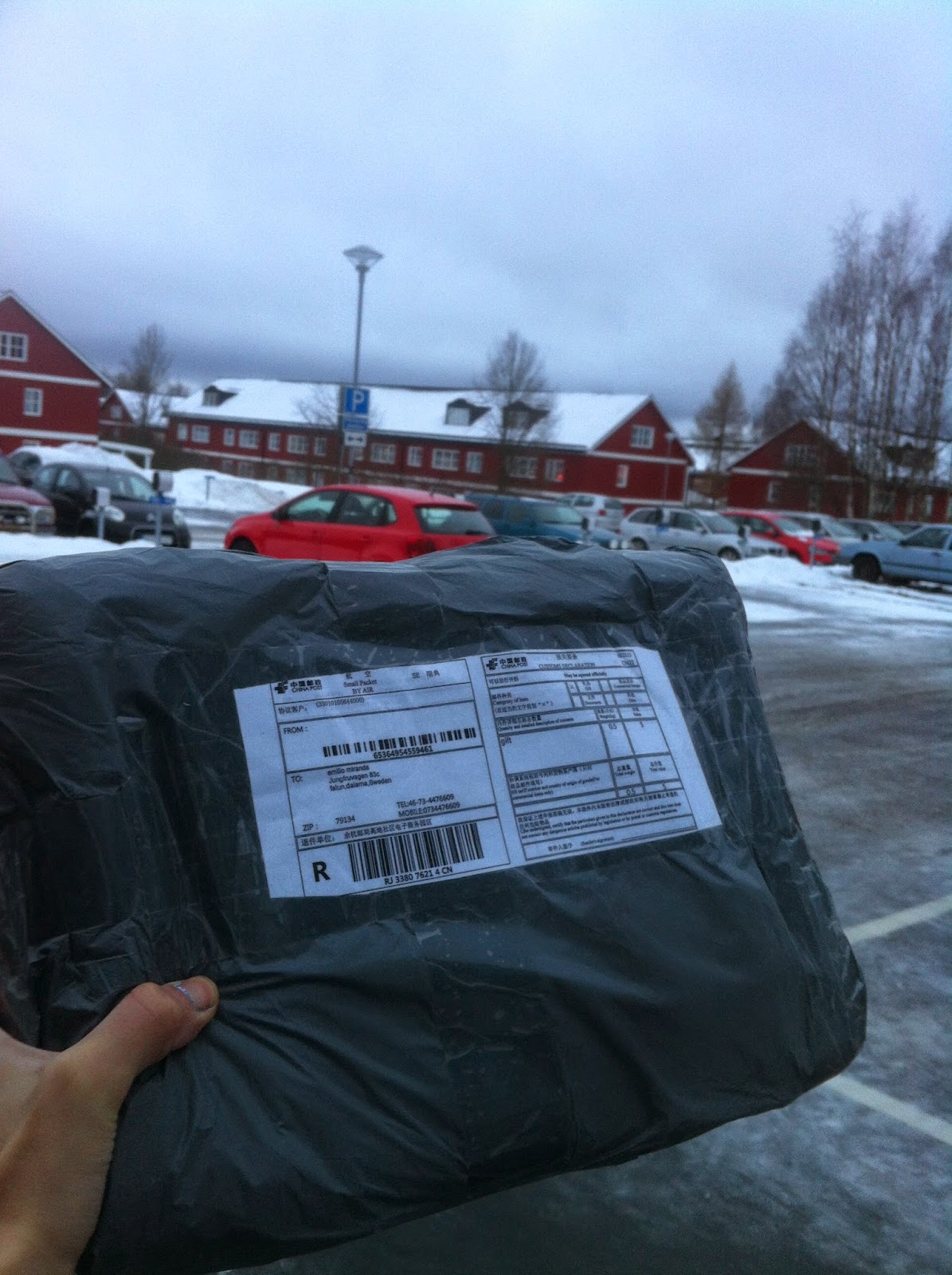 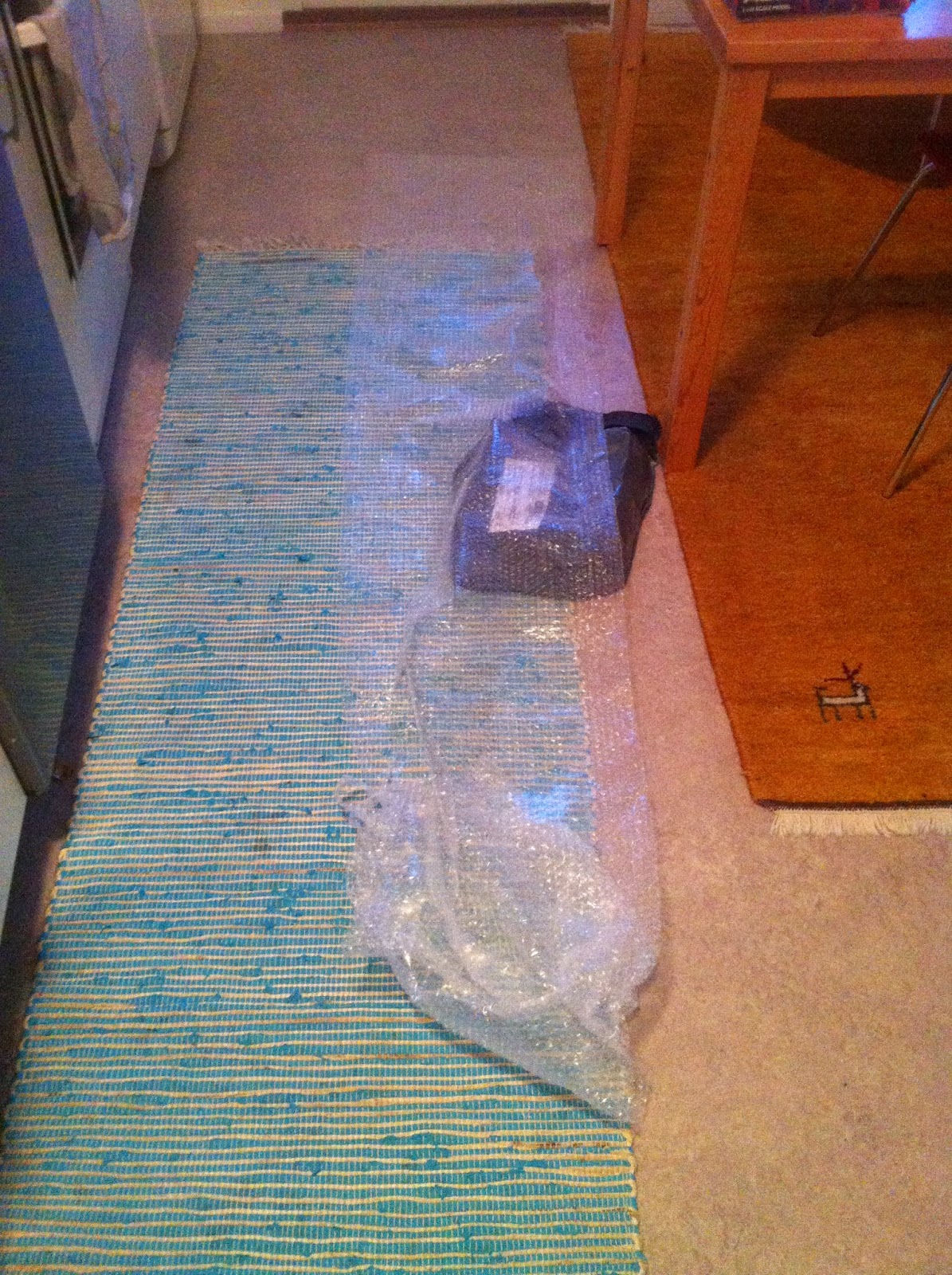 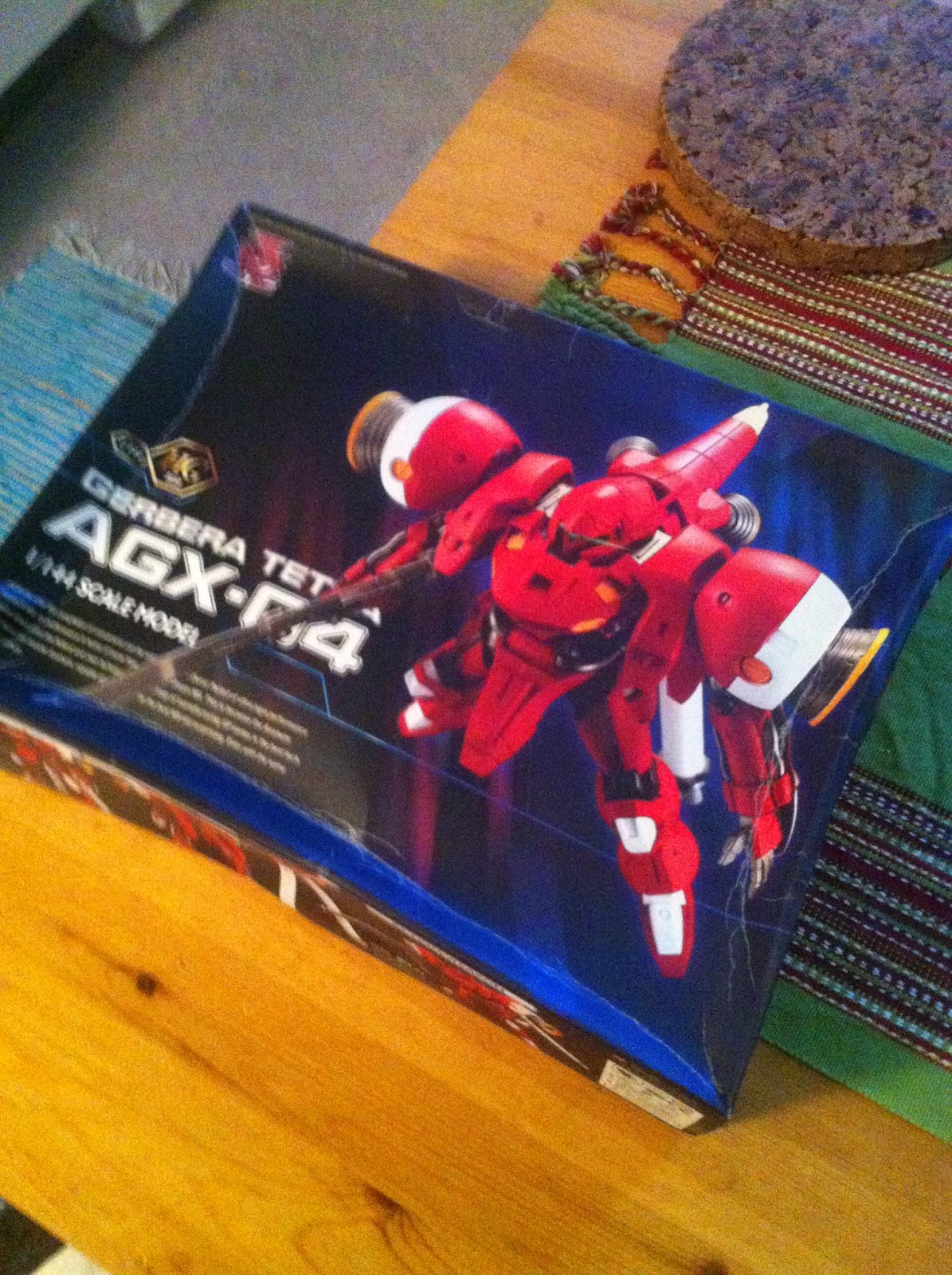 The box was all mest up but that is what you get from China but the in side was fine. This is also a kit im looking foreword to work on.

Well that is all for now as you can see i have a butt load of stuff to work on now. I feel super motivated to paint this up and it will also be nice to take a break from the table top models i will still paint some but not as many. It is a lot more fun to work on bigger things it also gives me more room to work on my airbrush skills that i need to lvl up.