Bio - Painting for me 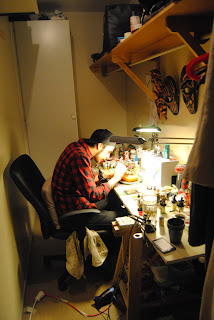 
To day i im going to do a Bio post about my self and what this hobby/work has done to me and how it has change my life. I will start from the top some 3 years ago when i was still playing World of Warcraft a lot and was looking for something eals to do whit my time. When i was at a tatoot shop whit my older brother i found some books and catalogs for the new GW models that had come out this was back in 2010. 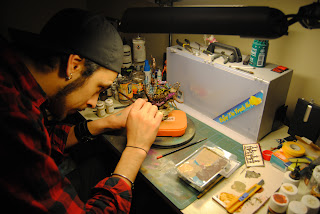 I had been pating when i was a ten just for fun never got around to get a army and i did not have any one to play whit so to have a army never came up for me, i was just happy to paint. But back to now as i was done there in the shop i sa all the new models and they where just awsome. when i got home i got on to the internet and i sa that the second hand maket was hugge so began to look around for some stuff. 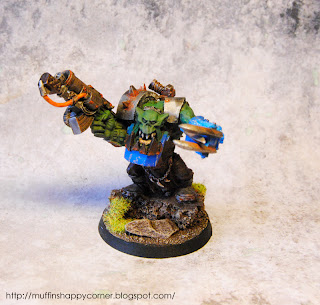 But my try to paint up a tyranid army was on, i found a colour schem that i like and i just went for it i never did get that army done just some models here and there. after a year or so i dropt the 40k a together cuz i lost all my games and i did not find it fun any more i think i got a thie like 3-4 times but more then that i lost all my games. and i had all the list you could ask for. 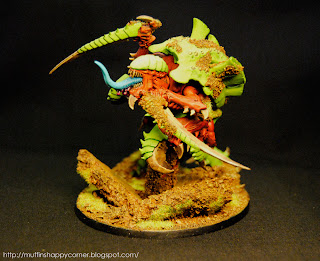 and then warmachine came along i had seen the game when i came out and i alwasy did like the stempunk mech still that it had, but a soon to be friend back then got me in to the game. i have been playing warmachine a bit more then one year now im still no good, but im not bad. I find that the game is a lot better then the GW games i have played 40k and Fantasy atm i think that fantasy is a bit better then 40k.

I also got in to commission after a year or so and in the start i was so bad it was not funny, i did not know how to plan my jobs, i did not know what to charge ppl for the work that i did. And i did all the wrongs that you can make in the start. It took me about half a year to get things under control and what to do and not to do.

im a lot better commission painter now days now that i have had my three paint burns and a depration it has been a long and bumpy trip for me, but i do not regret any of it. It has been so good to be part of this wonderful world.

when i look back now i can se that i have grown a lot as a painter, i know how to blend colours now not super good yet but i can do it. I know how to work whit the airbrush at a hige level now and im still lerning a lot of new things whit that tool. 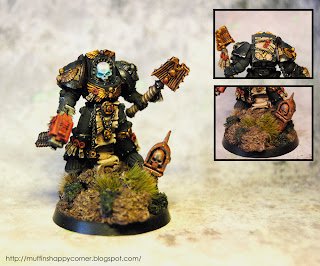 and i hope that i will keep on painting for many years to come, and if i can get to the point where i can liv of my work that be awsome but i dont think that will happen for me. there are so many outer good ppl out there. im just glad that i can take part of it all in my own way.