Last week i got some models done and i never got the chans to show them of to the world. The tank was part of a small experimenta i was trying out, I have never done a tank this way where it is cover in mud and dirt. There is one thing that i need to do better next time and that is to push a bit more on the high tone that i gave it. they sort of just melt in and you can´t se them that good. only if you hold it in your hand and eye ball the crap out of it (note to self push it more dude). 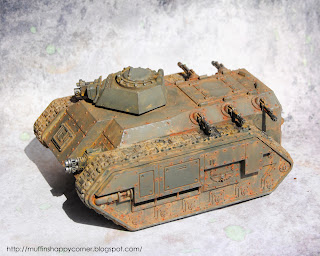 And next up is a griffon from Island of Blood (IoB) this was the first time for me to paint wings in a bird like way. i  have done the DE wings but they where just black and that was not so fun to do, but here i got the chans to try out some new skills i have been wanting to train up.

Id like to paint the new emipire model that just came out, but i feel that there are to many out there now and i will try and find somthing new to paint. any way this cat/bird was cool to work on and the base was done in a new way to. This is the new style i will doing stuff from now on, i like the out come of it. 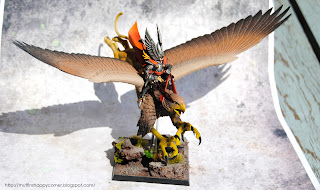 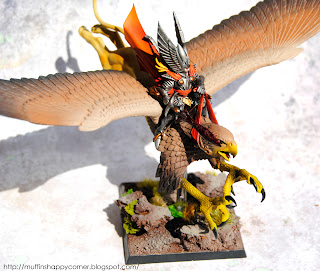 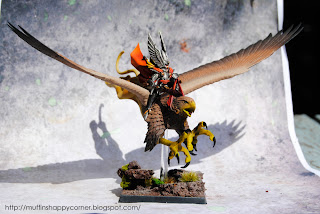 that are some things that i have been working on this days, next up will be some skavens iv been working on a bit, not a lot but a bit. Im trying to get the hang of skin now. I have not done a lot of skin tone and i feel that i need to get that down ons and for all. But i have done it in my own way now.