to day i will do a post about my stalker that i did a while back. It was a guy that i play against in a tournament that asked me how i have made my stalker and where i got the Ide from. Will the Ide was that i did not like the rolled up crab post on them. In the book you can read that they are fast going bonejacks and that they are all over the place. So i wanted some sort of action pose where they where going for the kill, I did a small Google search over the net to se if some one had the same ide as me. And sure there was some dud that had the same ide as me. And looking at his stalker gave me a big boost to do my own, i like how he gave the stalker a lot of life in the pose as he is soaring through the air. 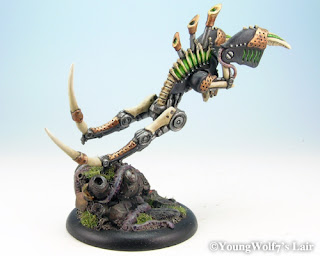 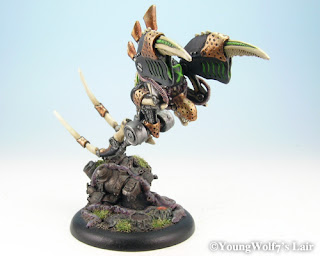 So i got to work on my own stalker, it took me some time to build it and i don´t know how many will se the big problem whit my stalker (got it in second hand) but the dude that had it b4 me feelt that it was a good ide to cut of part of the leg. so the left leg is missing a big part haha did not get that for a while and i was so mad that the pieces did not feet. But the i sa it for me self and said "god damn it !!!!"

Then came the pose for the crab man, i did not want to do the same as on the images above. So i went for the run over a rock to kill the dude on the other side of it. What i did was make a hole for the leg in the cork to then fill it up whit a lot of super glue so that the leg will not break of. Let it dry good over the night and did my priming the day after in Cryx green. And that is how my stalker was born, hope this has been a fun articular on what was going on in my head. 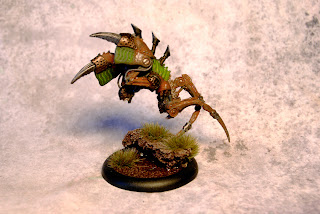 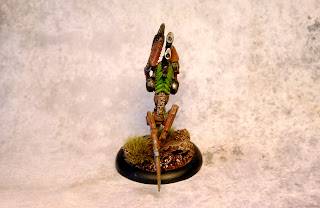 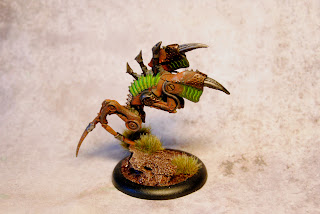 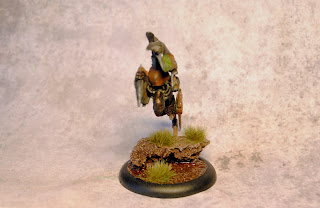